What motivates Woodward? Trump is 'on the ballot' 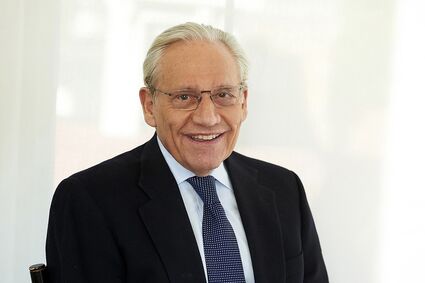 Bob Woodward will speak at the Mount Baker Theatre on Nov. 12.

From afar, the questions surrounding his every public-stage movement are fascinating political theater playing out in a decidedly Other Washington: What's motivating Bob Woodward?

From this Washington, it's less immediate, but equally tantalizing, especially given Woodward's scheduled Nov. 12 Mount Baker Theatre appearance - a few days after what promises to be a momentous national midterm election.

His most recent release, "The Trump Tapes," an annotated audiobook version of 20 interviews with the former president, continues to cause a stir, especially given Woodward's bluntly stated reasoning for releasing the work: a clearer view of the malignant narcissism from a man who has refused to exit the political stage.

In a recent interview with Cascadia Daily News, Woodward said his release of the Trump interviews was framed by the legendary journalist and historian as a siren call to a three-alarm fire threatening representative American democracy.

"It increasingly became apparent ... that Trump is going to run again, that he's a presence," Woodward said. Even in next week's midterm elections, Trump, he believes, "is on the ballot, as much as Joe Biden is on the ballot."

To read more from this article, visit: https://www.cascadiadaily.com/news/2022/nov/02/what-motivates-woodward-trump-is-on-the-ballot/