By Pat Grubb
The Northern Light

Looking for a NEXUS interview? Might be easier to find Sasquatch 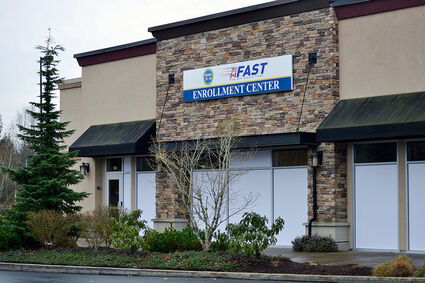 Thirteen NEXUS enrollment centers in Canada remain closed even though the U.S. centers have been open since April 19. One reason why is because the Canadians do not want U.S. officers to bear arms while on duty processing NEXUS applicants, according to U.S Customs and Border Protection (CBP) spokesperson Rhonda Lawson who was quoted by The Canadian Press in a July 23 story.

The issue of legal protections for U.S. officers was raised in an April 28 story in The Northern Light in which Canada Border Services Agency (CBSA) senior spokesperson Rebecca Purdy was specifically asked if the issue of carrying weapons while on duty was the reason why the two governments had failed to reach an agreement to reopen the centers. Purdy avoided answering the question and merely replied, "The CBSA and the U.S. CBP are working together to mitigate the impact on members caused by the extended closures of the enrollment centers."

Prior to the shutdown, Canada had 12 processing centers, mostly at international airports. Once an individual has submitted an application and received provisional approval for membership, that person needs to schedule an interview at an enrollment center. While Canadians can be interviewed at an American enrollment center, the wait for an appointment is a daunting one.

To read more from this article, visit: https://www.thenorthernlight.com/stories/looking-for-a-nexus-interview-might-be-easier-to-find-sasquatch,20700