Why we are here 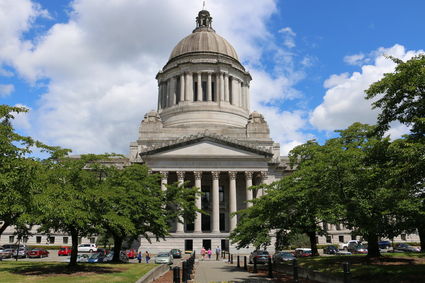 Meaningful, independent journalism is at a crossroads. Advertisers who once filled newspaper coffers and funded local journalism have shifted resources to the Internet. And although newspapers are reaching more people than ever in print and online, the money that was once available for journalism has gone elsewhere.

Nowhere is this more apparent than Olympia's Capitol Campus.

Before the press corps was moved to the Capitol building, offices in the old press houses were stacked with old desks and abandoned chairs. The press corps that served the needs of Washington State citizens for decades has been decimated by budget cuts.

A handful of dedicated journalists remain on the job. Among them are the Associated Press, The Seattle Times, the Spokane Spokesman-Review, The Everett Herald, the Tacoma News-Tribune and National Public Radio. These journalists are doing heroic work and providing quality coverage for the daily newspapers of the state and public radio stations, and we encourage you to subscribe to their papers and support them. But they can only do so much. We think covering Washington State, its government and its communities is an awfully big job. There can never be too many of us, and we think we have something to offer.

The Washington State Journal is funded by the WNPA Foundation, a 501(c)(3) non-profit organization established in 1986 to provide scholarships to aspiring journalism students. The Foundation is rooted in a press association that goes back to 1887, two years before statehood. That association, the Washington Newspaper Publishers Association, represents the "community press," mainly weekly and small daily newspapers around the state.

We bring the knowledge of Main Street to a statewide platform, to share the news of the community press and to do original, enterprising reporting on our state government.

We can't be shy about asking -- we need your help. If you like what you see here, please hit the donate button on this website and give what you can. No contribution is too small. Our pledge to you is to continue our mission -- to cover our government, to educate bright young journalists and to help build a more just and transparent democracy.