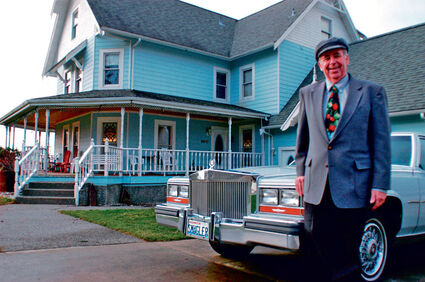 Bob Boule in front of the Smuggler's Inn.

The opinion, written by justice Clarence Thomas, said the court's past cases have made clear that a cause of action – right to sue – is a job for Congress, not the courts, except in the most unusual circumstances. The Constitution does not say how the rights of individuals against the government are to be enforced. The court held that Boule does not have a cause of action to sue a federal agent for alleged First and Fourth amendment violations when enforcing immigration laws along the border.

Boule filed a lawsuit against border patrol agent Erik Egbert for unreasonable search and use of excessive force after the agent suspected Boule of smuggling a Turkish immigrant through the U.S./Canada border in 2014. After Boule reported Egbert to his superiors following the incident, the agent reported Boule to the IRS and other government agencies. Boule argued such actions were in retaliation against him.

To read more from this article, visit: https://www.thenorthernlight.com/stories/us-supreme-court-rejects-bob-boules-suit-against-us-border-patrol-agent,20217