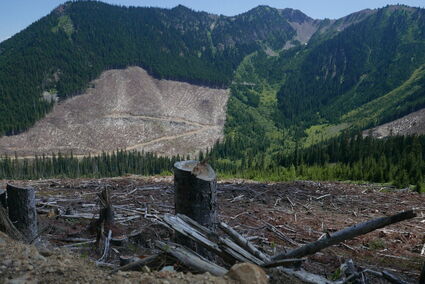 The Donut Hole at the Skagit River headwaters 15 miles north of the U.S./Canada border.

After a nearly three-year process, the B.C. government, Imperial Metals and the Skagit Environmental Endowment Commission (SEEC) have come to an agreement to halt mining in the Skagit headwaters, according to a B.C. government January 19 announcement.

Tribes, First Nations, nonprofits and local governments on both sides of the U.S./Canada border celebrated the announcement.

"This important conservation achievement ensures the permanent protection of the culturally important and ecologically sensitive headwaters of the Skagit, and honors the commitments made in our treaty," said Swinomish chairman Steve Edwards in a press release. "By extinguishing all remaining mining claims, we are finally able to forever protect from harmful mining practices the water quality and habitat that salmon, steelhead and other essential species need to survive, recover and thrive throughout the entire Skagit watershed."

Members of the Swinomish Indian Tribal Community depend on salmon fishing and shellfish harvesting on their ancestral lands at the mouth of the Skagit River.

In March 2019, Imperial Metals applied for a permit mine in a Manhattan-sized chunk of unprotected land in B.C. sandwiched between E.C. Manning Provincial Park and Skagit Valley Provincial Park 15 miles from the U.S. border known as the Donut Hole. Local communities expressed their concerns of the threat potential mining could have on the Skagit River in letters sent to B.C. Premier John Horgan in the summer of 2019.

To read more from this article, visit: https://www.thenorthernlight.com/stories/bc-government-settlement-douses-skagit-headwaters-mining-threat,18873