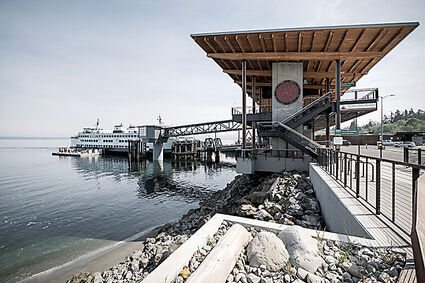 One of the ferries that serves Mukilteo/Clinton docked at the new WSF terminal in Mukilteo.

In addition to increased wait times due to a lack of qualified personnel, Washington State Ferries now has another potential problem on its hands.

According to spokesperson Ian Sterling, elevated levels of the dangerous and often deadly Legionella bacteria – which can cause Legionnaires' disease – have been found in at least six vessels stationed up and down Puget Sound.

"Most of these are in places where the water has been shut off since the pandemic began," he said "That's why we're testing ahead of bringing the systems back online."

Sterling said there is no danger to crewmembers or the public. The public, he noted, would not have access to areas where the bacteria was discovered.

To read more from this article, visit: https://www.mukilteobeacon.com/story/2021/11/10/news/ferries-dangerous-legionella-bacteria-found-on-some-state-boats/22144.html