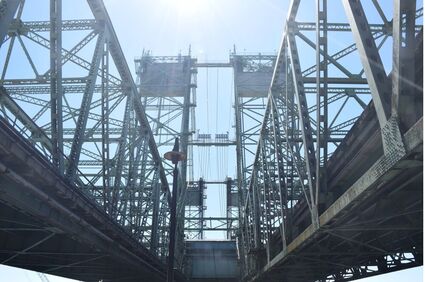 Work to replace the aging spans of the Interstate 5 bridge system over the Columbia River now shows a clearer picture of what the project would look like as officials revealed a number of options during the latest meeting of Washington and Oregon lawmakers.

During a virtual Oct. 27 meeting, members of the Joint Oregon-Washington Legislative Action Committee heard an update from the Interstate Bridge Replacement Project (IBRP) which included a rundown of different potential setups for the eventual replacement.

IBRP Deputy Program Manager John Willis laid out the number of options under consideration, which focused on the configuration of the bridge replacement over the Columbia River, the impacts on Vancouver and Hayden Island including interchanges, and what type of high-capacity transit would be used.

To read more from this article, visit: https://www.thereflector.com/stories/potential-i-5-bridge-replacements-revealed,276477