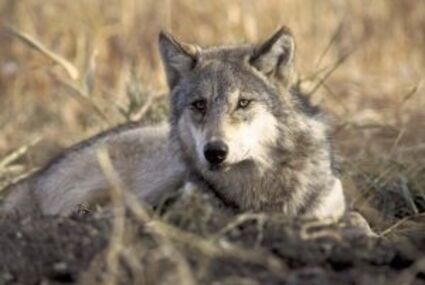 Gray wolves are native to Washington.

Gray wolves in the western United States, including in Eastern Washington, are a step closer to receiving endangered species protection from the federal government.

The U.S. Fish and Wildlife Service (FWS) announced last month that wolves in the West may warrant protection under the Endangered Species Act (ESA). The Sept. 17 announcement begins a formal status review of gray wolves across the western United States.

Last fall, in one of its final acts, the Trump administration ended federal protections for gray wolves under the ESA, citing "successful recovery" of the species across the country. Management of wolves was turned over to state and tribal wildlife management agencies. The decision by FWS to review gray wolf status was based largely on new laws in Idaho and Montana that significantly expand hunting of wolves.

FWS was asked to review the status of gray wolves in two petitions filed earlier this year by several conservation groups. FWS found the petitioners presented "substantial information that potential increases in human-caused mortality may pose a threat to the gray wolf in the western U.S.," according to a news release from FWS.

To read more from this article, visit: https://methowvalleynews.com/2021/10/06/feds-revisit-wolves-endangered-status-conservation-groups-urge-protection/