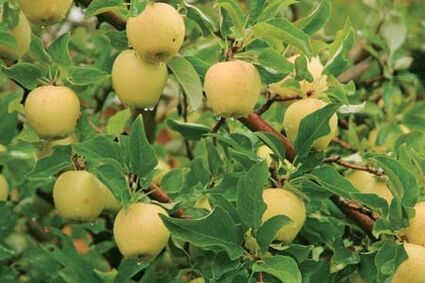 The Washington State Department of Ecology recently released a map showing the locations of about 115,000 acres of historic orchards that could be contaminated by lead arsenate pesticide, including many areas in the Methow Valley.

The map shows in red the location of land that was an orchard between 1900 and 1950, when the pesticide was widely used. Some locations are still orchards, while others have been converted to commercial or residential property.

Ecology section manager Valerie Bound said the map is intended to educate and inform residents, but not to alarm them about possible exposure.

“We feel like it’s better to be informed because then you can take steps,” she said. “If we test and you don’t have any lead and arsenic, then wonderful.”

If tests come back positive, there are a number of options for dealing with the contamination. About a week after releasing the map, Ecology released its most recent model remedies for dealing with contamination on former orchard properties, from excavating and removing the soil to mixing less contaminated soil with clean soil.

According to Ecology, lead arsenate was widely used throughout the United States in the first half of the 20th century. Between 1900 and 1950, it was used particularly in Yakima, Chelan, Douglas, Okanogan and parts of Benton counties to control codling moth infestations in fruit trees.

Ecology has identified 115,000 acres of land in Washington that was orchard land during that period of time and could be contaminated with lead and arsenic, which can cause health problems “especially for children or those who experience long-term exposure,” according to Ecology.

Lead and arsenic do not break down or biodegrade over time and in contaminated lands are typically found in the top two feet of soil, according to ecology. Lead and arsenic are not absorbed by plants.

To read more from this article, visit: https://methowvalleynews.com/2021/06/09/ecology-announces-remedies-for-contaminated-orchards/