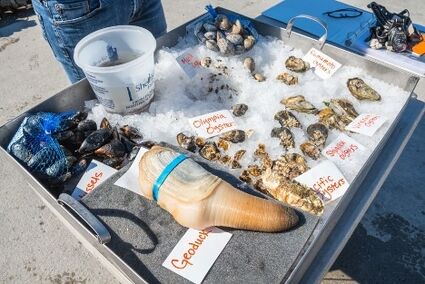 A successful suit by environmentalists means shellfish growers must provide their own environmental impact statements to demonstrate their operation is safe.

After a years-long battle, a ruling by the federal district court of Western Washington was unanimously upheld by the U.S. Ninth Circuit Court of Appeals in February affirming that shellfish farmers must apply for new permits to plant or harvest this coming season.

For environmentalists, the decision represented a victory. For shellfish farmers, it spelled potential disaster.

"I am not against shellfish farms," said Gig Harbor resident Laura Hendricks, the executive director of the nonprofit Coalition to Save Puget Sound Habitat. "I just don't want them taking over every inlet and beach on the Sound."

Hendricks said the shellfish industry's identity as a sustainable and environmentally friendly industry is based on biased information and lobbying. When the coalition was unsuccessful blocking new shellfish farms through its public education and outreach efforts, it decided to pursue court action. She reached out to the Center for Food Safety, a larger nonprofit that traditionally focused more on agriculture than aquaculture.

The two organizations joined forces, each filing lawsuits that were argued simultaneously in the district court. The coalition's suit centered on Puget Sound while the CFS suit was statewide, and included concerns about the use of pesticides on shellfish farms in Willapa Bay. The plaintiffs said that when the U.S. Army Corps of Engineers reissued Nationwide Permit 48 in 2017 to shellfish farmers in Washington they failed to comply with the Clean Water Act, the National Environmental Policy Act and the Endangered Species Act.

U.S. District Court Judge Robert Lasnik agreed with the plaintiffs and in October 2019 criticized the Corps of Engineers' evaluation of the impact of the shellfish industry on eel grass and other marine vegetation, the use of pesticides, impact of marine debris and the lack of data on subtidal areas. To read more from this article, visit: https://keypennews.org/stories/appeals-court-upends-state-shellfish-farming,4435