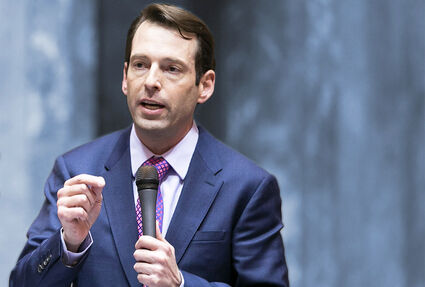 As the end of the mostly virtual legislative session drew near April 25, lawmakers passed a hefty $59 billion budget that will funnel millions into childcare, public health, rental assistance and addressing the economic impact of a yearlong global pandemic.

The budget includes a controversial capital gains tax, which would collect 7% on the exchange of capital assets such as stocks above $250,000. Democrats plan on using the revenue to fund childcare and tax credits for low-income families.

"We addressed tax reform through the Working Families Tax Credit for Washingtonians struggling to make ends meet and a capital gains tax on extraordinary profits," Sen. Andy Billig, D-Spokane, said in a statement. "We took bold steps to expand access to affordable childcare and support our K-12 schools. We focused on helping small businesses to survive the pandemic."

Republicans opposed the increase in taxes from the outset, saying a capital gains tax will result in a court challenge and make the tax structure worse for small businesses.

"It's only awesome for those who like the idea of being on the path to a full-blown state income tax," Sen. Lynda Wilson, R-Vancouver, said in a statement.

The budget also includes a cap-and-trade tax to address the state priority of increasing green transportation, which some argued would result in higher gas prices. Left unpassed was a mammoth $11 billion transportation funding plan.

"I think that there's broad consensus that there's significant unmet needs in our state's transportation system," said Rep. Joe Fitzgibbon, D-Burien. "We didn't get there this session on a transportation revenue package, but I think we all agree that we need one."

While Democrats praised what they called progressive policies, Republicans characterized the plan as an unnecessary spending spree.

"At a time when we are collecting record tax revenue and sitting on billions in federal stimulus funds, this Legislature is choosing to impose a number of regressive policies that will raise the price of household necessities like cell phones and gasoline," Rep. Drew Stokesbary, R-Auburn, said in a statement.

Lawmakers voted along party lines to pass the budget - the Senate voted 27-22 and the House voted 57-40. The measure, along with several Democrat-led police accountability bills and the capital gains tax, heads to Gov. Jay Inslee's desk for approval.