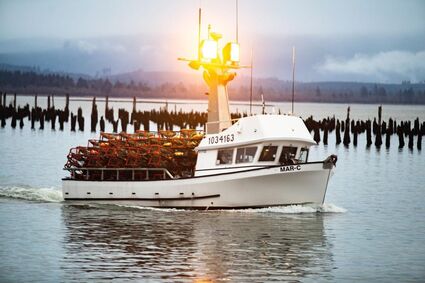 The F/V Mar-C headed to sea out of Ilwaco loaded with pots almost exactly a year ago. This year, crab season will start no sooner than Jan. 15 as a toxic algal bloom disrupts clam and crab harvests on the Washington coast.

PACIFIC OCEAN - As high levels of domoic acid once again delay the opening of the commercial Dungeness crab fishery in Washington state and along Oregon's North Coast, researchers say they have zeroed in on a likely cause of our region's marine toxin issues. 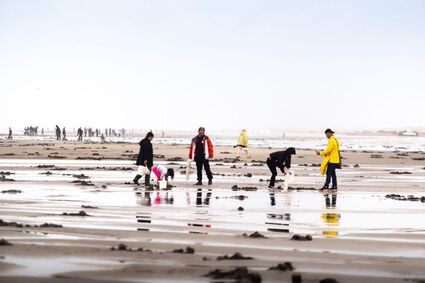 The hot spot - along with another near Newport - are the seed beds for marine microorganisms capable of producing the troublesome domoic acid toxin. These ocean zones seem to be behind spiking levels of the toxin that is plaguing the commercial Dungeness crab fishery and razor clam digs in Washington and northern Oregon this year.

A perfect storm of factors have favored development and persistence of these toxin sources - in particular a marine heat wave that began in 2013 and continued for several years after. With the progression of many of the same factors under climate change, researchers say hot spots and the issues that accompany them are likely here to stay. To read more from this article, visit: