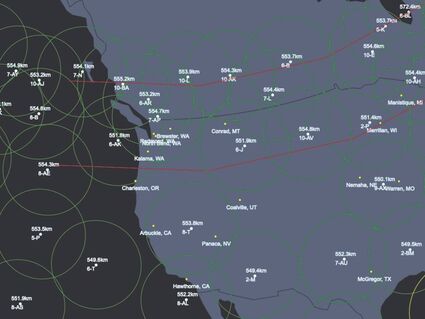 SpaceX announced plans in 2015 to create a satellite internet service, Starlink, and with limited beta testing now in progress, that reality might not be far away.

The goal of Starlink is to provide low-cost satellite internet access to even the most remote places on Earth at speeds previously only available in urban areas. SpaceX CEO Elon Musk has boasted the service will be capable of providing internet speeds of 50 to 150mbps (megabits per second) with a latency of only 20 to 40ms (milliseconds). SpaceX expects latency to decrease as more satellites come online.

Latency is the delay between a user's action and a web application's response to that action, often referred to in networking terms as the total round trip time it takes for a data packet to travel. High latency is especially detrimental to online activities such as video conferencing, streaming media and online gaming.

Mark Cockerill, a Key Peninsula Community Council director who chairs its broadband project committee, is cautiously optimistic about what Starlink could do for Key Peninsula residents.

"It's probably too early to tell, but this could be a game changer for some residents," Cockerill said. "Of course, cost is still going to be a hurdle."

Starlink's aptly named beta test, "Better Than Nothing Beta," costs participants $500 for the equipment plus $99 per month. That's still considerably less expensive than getting a landline to remote properties, Cockerill said, and prices are likely to go down once the service is fully public. To read more from this article, visit: https://keypennews.org/stories/internet-from-above,3952