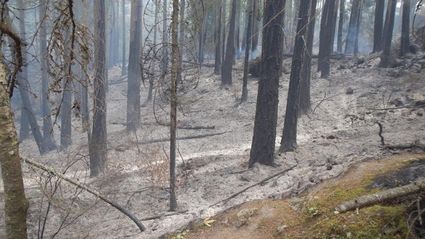 Four years after the fire at Little Cranberry Lake in the Anacortes Community Forest Lands, the burned area has experienced a lot of growth with native species starting to get taller and covering more land.

The 2016 18-acre fire was fairly well contained in a couple of days, but the fire took a couple weeks to fully be out.

At the time, the Department of Natural Resources had to cut down over 100 trees that were hazards to the firefighters working to contain the blaze. 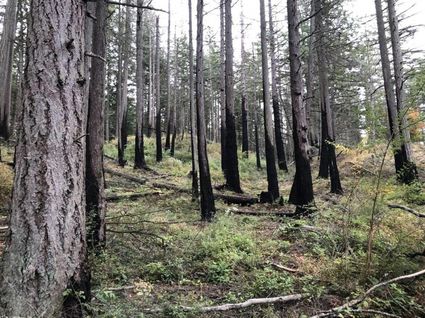 Four years after a fire at Little Cranberry Lake, scarring can still be seen on trees that burned in the blaze, but the ground is covered in green growth.

"I've been with the department for 34 years, and it's the largest wildland (fire) we've had. We've had several acres in size but not like this," said Jack Kennedy, assistant fire chief with the Anacortes Fire Department. "The fire behavior that we experienced up here was also not normal for this area. We had trees that were actually torching from the bottom to the top because of the relative humidity temperature and also the slope of the hill the fire was actually on."

The area where the fire occurred was a wildland urban interface, which means the wildland areas are right next to urban areas, including homes. Steps have since been taken to help lower the risk of damage that a future forest fire could cause.