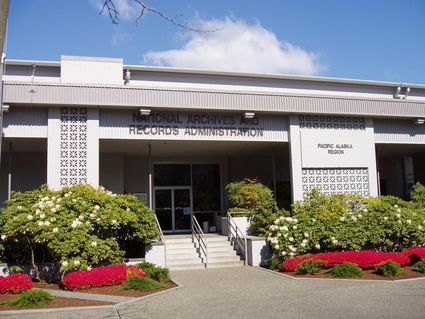 A proposed closure of the National Archive building in Seattle is getting broad criticism from open government groups and researchers.

Outrage is growing among open government groups and researchers over a decision by the federal government to close the National Archives in Seattle and move the collection that is held there to Southern California and Missouri.

Toby Nixon of the Washington Coalition for Open Government (WCOG), said the decision hurts researchers who rely on the records held in the archive.

"For me, it brings to mind this clause in the Declaration of Independence: 'He has called together legislative bodies at places unusual, uncomfortable, and distant from the depository of their public records, for the sole purpose of fatiguing them into compliance with his measures.' I'm sure the government's motives in this situation were not the same as King George's," Nixon said, "but the fact remains that it is harder to hold the government accountable when important records are stored far from the people most likely to want to use them."

The Washington Coalition for Open Government is urging the federal government to rescind its decision to close and sell the National Archives facility in Seattle. The facility houses about 58,000 cubic feet of federal records from Alaska, Idaho, Oregon, and Washington.

"This is an outrageous move from the Office of Management and Budget and we hope this proposal is not final and can be reversed before these records are gone," Bunting said. "This decision appears to have been made behind closed doors. One report said the panel that made the recommendations held public hearings in California, Colorado, and Washington, D.C. but none in the Northwest."

If the move goes forward, the facility will be closed over the next four years. Among the records held there are many that are important to tribal members from the Pacific Northwest.

One argument for moving the records is that they can all be digitized and available from anywhere, but supporters say the archive is a long way from achieving that task.

Washington State Attorney General Bob Ferguson's office is reviewing the decision to see if the federal government met its obligations under the law to close the facility.

The decision was made by the Public Buildings Reform Board, which recommends to the federal Office of Management and Budget which federal facilities can be sold and closed.